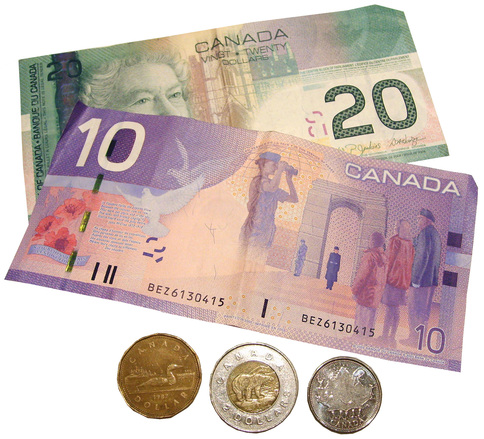 We often get asked to explain complex investment matters such as what will happen in the future with real estate or how a falling dollar will affect your real estate investments.

Now, there is a complex interplay among a myriad of factors that affects the value of the CAD and its value’s effect on other areas of the economy. Oil is Canada’s largest export category, and when crude oil prices drop – as they have in recent months – so do the country’s main economic health indicators. In order to counteract some of these effects, the BoC (Bank of Canada) typically drops interest rates – as they did in early 2015. This causes a domino effect of lowering the value of the CAD, thereby making exports more attractive to foreign buyers, which in theory may boost the national economy.

There’s yet another factor at play here – the U.S. dollar has been making a slow but steady recovery since the housing bubble burst in 2008. Because the USD is generally the meter against which the CAD is measured, the loonie will naturally appear to suffer even more when the USD is strong.

Despite the method behind the madness in the BoC semi-intentionally driving the dollar’s value down, periods of low CAD value inevitably bring with them side effects – some positive, some negative. Real estate in particular usually suffers ill effects of this chain reaction, but the dynamics can be unpredictable, especially in times when property values are seemingly invincible.

Canadian Buyers at a Disadvantage

Low interest rates, as we see above, typically correspond with a weak CAD. Low interest rates translate to cheap mortgages, which ideally should be great for local buyers. One challenge is that, particularly in Vancouver and Toronto, markets are relying less and less on native buyers.

At first blush, one would think that the low loonie has had little effect on the strongest real estate markets in Canada, but that impression is in large part simply an illusion. The average price of a single-family detached home in Vancouver stood at over a million dollars in early 2016, up nearly 30% from the previous year despite the fact that the dollar had barely made a 15% recovery in that same 12-month span. But it’s not Canadians driving this incredible property value growth, in fact the reason for the area market being so fast moving from the rest of the country is multi-faceted.

Foreign buyers love a low CAD and take full advantage of the real estate market when currency rates are favorable. Vancouver, in fact, where this phenomenon has become such an area of interest –estimates that Chinese investors are behind one third of residential sales in Vancouver, to the tune of $12.7 billion in 2015 alone.

What is important to manage in these investments is many purchases are made by family or associates who are Canadian residents or Canadian corporations, so the key is to work with a real estate professional who knows how to do things so that your estate and business is protected from risk and maximized for gain.